Adjusting to life in Canada, as an American. Culture shock possibly?

Adjusting to life in Canada, as an American. Culture shock possibly?

Are you considering a relocation from the USA to Canada? Once you enter the minutiae of it, you’ll realize that this is absolutely a fine decision. While the US is a place of great opportunity, Canada is nothing to sneeze at either, which means that deciding between the two of them is simply a matter of taste. Nonetheless, once you make this move, you’ll have to go through a period of adjustment. This is something that happens whenever you move to another country. And that’s why we’ve prepared a short guide on ways to adjust to life in Canada as an American!

Let’s say that you want to move from Seattle to a place like Ontario. First of all, you’d find a good moving company to help you accomplish this. Then, you’d look for cheap storage units in Ontario if you need extra space. And then, finally – moving day would come, and you’d be all settled in your brand-new home. Easy, right? Well, not exactly. Even after you’ve dealt with all the practicalities of relocating to Canada, you’ll still have to adjust to life in Canada as an American. And while these two countries are similar, that is not always the easiest thing in the world.

Dealing with a language barrier

While the US is a very diverse society, the lingua franca is obviously English. And no matter what minority we’re talking about, everyone generally communicates in English when they’re in a multicultural community. But in Canada, things are actually a bit different. Yes, Canada was a British colony just like many of the US states were, but they’ve also got an extremely large Francophone community, as Quebec was a French colony.

That’s why you may encounter something akin to a language barrier at first. Even outside Quebec, many people speak French as well as English in Canada. So, if you want to fit in anywhere you need to go within the country, you may want to think about learning the language as well. It’s not obligatory by any means, but being able to stay relevant in any sort of conversation is very useful for an expat, especially one who is trying to adjust to life in Canada as an American. And if you’ve got a knack for languages, even better! Now’s your chance to enrich your own language skills.

If you’ve ever studied philosophy, you might’ve encountered a very interesting theory called the ‘narcissism of small differences’. Yes, it’s a mouthful, but bear with us, as it’ll have bearing on how you adjust to life in Canada as an American. Sigmund Freud came up with this term to explain how people who are very similar are actually more likely to engage in conflicts and misunderstandings than those who are extremely disparate individuals.

On the scale of nations, this can be seen in the relationship between Canadians and Americans as well. You’ll find that peoples who have very similar cultures tend to be suspicious and prejudiced against one another. Why? Well, you can understand a completely foreign culture being different to your own, but why do such similar people do things differently? If you’re moving abroad to Canada, this is something to keep in mind.

You need to distance yourself from any prejudice, and realize that people in Canada simply do some things differently from Americans, even though we’re talking about a pair of very similar countries, which even neighbor each other. As they say – different strokes for different folks!

Immerse yourself in the local way of live

As we’ve mentioned, there will be quite an adjustment to make even when you do an interstate relocation. But when it comes to adjusting to life in Canada as an American, that’s an even bigger game changer on a personal level. Quite simply – you’ll have to learn to live in a country that has a slightly different culture from the one you’re used to.

And when we say this, we don’t just mean the day-to-day stuff. Sure, wherever you move, you’ll have to find a new job. Also, you’ll have to deal with things that you’re not instantly familiar with, like Canadian money, or the transport and healthcare system that may be vastly different from the ones where you’re from. But that’s not all that we’re talking about here. If you truly want to fit in your new surroundings, you’ll have to learn to adjust your mindset as well.

But what does that mean, exactly? Well, for one – while everyone obviously has their personal opinion, the Canadian public discourse is much less opinionated than the one in the US. For example, while 24-hour news networks exist, you’ll find that that the anchors and journalists are much less prone to presenting their own personal opinions as parts of reports.

And sure, Canadians are just as patriotic in regards to their country as Americans are to theirs. But quite simply – there’s a difference in how that patriotism is exhibited. In Canada, you’ll find less flag waving and other merchandising of the country’s national symbols. And certainly, that exists to a great extent here as well, but definitely not as much as in the US. Obviously, you’ll have to adjust to an entirely different political system as well. If you’re someone who follows politics closely, you’ll find the discourse in Canada more similar to other former British colonies and some European countries. All of that will take some getting used to if you want to adjust to life in Canada as an American! 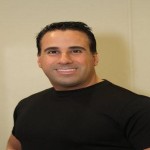 20 years experience in the field of moving and relocation. Sharing tips and expertise in the proper ways to move, pack, and arrive at your destination. Managing Moverzfax.com, the leading consumer protection portal for the moving industry